Food has always been a major part of Thanksgiving in my life.  As a matter of fact for most major holidays it was understood that there would be great food, plenty of company and lots of eating,  One of my favorite holidays has always been Thanksgiving because of the food and the good eating that always took place at our home.

My grandmother who is no longer with us made the best cornbread dressing.  She started early in the morning, chopping her celery, green bell peppers and onions.  I remember the smells of cornbread baking and the left over pieces of cornbread that had been saved from the past few weeks of Sunday dinners.  She had a large green glass bowl and wooden spoon that she would use to combine all of her ingredients.  Even before the pan of dressing hit the oven the smells of the sage and onions and bell peppers made the house smell like a restaurant.

Then there was my aunt’s (who is also no longer living) homemade macaroni and cheese, which was so good that I find box mixes disrespectful.  I can remember watching her cut the cheese into cubes (later this would be our job) and melt the cheese in a pot of milk and spices.  The moment her cheese mixture was poured over the elbow macaroni noodles always made my mouth water because I knew that later I would have several helpings.  There were always two bowls of macaroni and cheese because we all ate a lot of it.  Macaroni and cheese has always been my favorite food.  Because of the way my aunt made her macaroni and cheese, I learned how to cook it exactly a she did and though I do not make it often, I still love it. 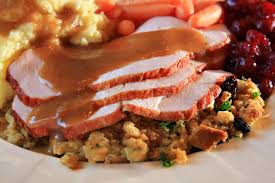 Those are the things I am thankful for this Thanksgiving.  Those memories,  those moments we spent in the kitchen with my grandmother and aunt whether they put us to work or whether It was the conversation.  The memories of my older cousin who would also take a platter out of the china cabinet and proceed to eat his dinner off of the platter because the plates were never big enough.  I remember that there was always something that was forgotten and then the rush to find a store open on Thanksgiving day whether we needed dinner rolls or soda there was always that item that was forgotten.

What I remember most was the love.  Whether we fought or argued or didn’t get along, whether there was a family member missing or one who was in another state, the moment we stood around the table and held hands and prayed you could feel the love.  And when we finally sat down to eat the love was felt in each and every bite we took.  As an adult I now understand the importance of those moments and those dinners because now that my grandmother and my aunt are no longer here and I have spent hours cooking my own Thanksgiving dinners, I know that they did it because they loved us.  And no matter what we did or didn’t do for that matter, they did not care.  This was another way for them to demonstrate what we already knew that we were loved unconditionally and that those smells were the smell of love, compassion, dedication and the hope that we would keep these recipes and these traditions and that we too would learn to love unconditionally. 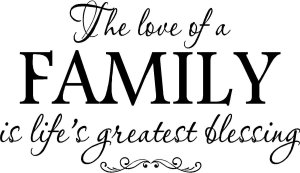