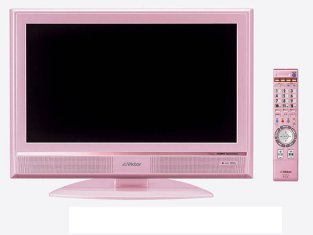 If you came of age in the 80’s or 90’s like I did you saw television shows that had single women in them.  The 90’s was the height of shows about single, professional women with Living Single, Girlfriends and Sex and the City.  My question is what happened to this type of television programming?

There was nothing like waiting to see the adventures of the urban friends on Living Single.  Many of the characters were people we could relate to or similar to people we knew or aspired to be.  From the independent, sharp witted Maxine to Sinclair with her visionary ideas and off handed ways of doing things, the show made us laugh and made us think at the same time.  The show demonstrated the fun that happens as you are growing as well as the struggles and issues that can arise in daily life.  As I watch re-runs now, I think of how many of the things they experiences in the show I have since experienced in my coming of age.

Girlfriends was another popular show but I never really got into it.  I have tried to watch re-runs (as they are on often), but I just cannot get into the characters like I did Living Single and Sex and the City.  I still however appreciate that the characters in Living Single and Girlfriends had some similarities and offered some laughs as well as some moments of self-reflection.  This is what is missing, in my opinion, from current television programming.

Sex and the City was a more unrealistic view of life, especially for a young, black girl like me.  I do not know the experience of purchasing shoes that are the equivalent of car payment or the joys of going out most nights of the week.  Though the show remains one of my all-time favorites, it was a world of fantasy and excess that I will probably never know.  But the reality is that I still miss these types of television shows.

Now we are bombarded by reality television and the ins and outs of people’s lives that often seem extreme and ridiculous.  Long gone are the weekly escapades of the fictitious and fun characters we came to grow and love.  Even shows such as Single Ladies on VH1 miss the mark and fail to reach the standards set by shows such as Living Single, Girlfriends and Sex and the City.  Current television programming leaves much to be desired and too much personal information out in the open.  Bring back good programming for women!